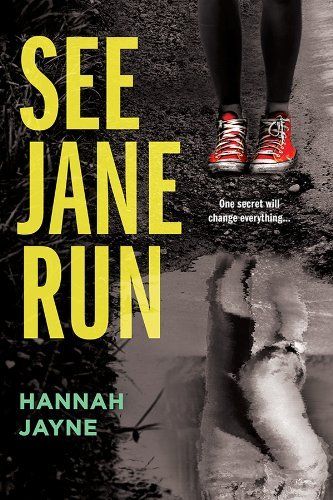 So listen, let's say you weren't you. Who would you be? Say one day you wake up, rifle through some of your parents crap and find something. A harmless little something that turns out to be less harmless than it had first appeared to be. Would you think simply because you've been lied to all your life that somehow you yourself are a lie? First, ask yourself what I found myself asking myself throughout Riley's adventure to find baby Jane: What makes up a person?

So let me tell you something readers, if your still with me here trudging along through this absurdly long ramble of a book review. I did quite enjoy the beginning which is surprising for me because really have they not grown dull for you guys? It's always the same, introduction to a girl, most and underdog. Nothing remotely interesting happens until about thirty pages in (which if you ask me is really a waste of paper) and then bam a climax and shortly after: bam a falling action scene and again and again this plays out.

However this all being said, See Jane Run was just amusing, nothing more and nothing less. The "set-up" of characters wasn't so terribly long and tedious. It was enjoyable for a while (about the first 100 pages). Then I found myself at a stoping point where I was reading and realized there is only two ways this story can end. One seemed highly unlikely, so by default the other had to be true. After that I promptly and rather abruptly lost interest. Figuring out the "secret" does seem to make the plot useless, like treading water.

It was good, a nice read, albeit with a predictable plot line but not a mediocre book by any means. The structure was simple, world-building minimal, and character-building solid if semi-unrelatable.

annaaainafairytalee.
I take my coffee black, and write when I am bored which is frequently. I love those huge mugs that seem to be only found in little cafe's. I have a love for the beach and a passion for designing, I am always, and I mean always, looking for more knowledge. History is something dear and speical to me; it is one of the many things that embody me. I don't know who I am nor am I close to finding out. I have no wish to have childern or get married. Then again the future is never set in stone...

Oh Cookies! I'm A Button Again, Aren't I? Well, what are you waiting for? Whisk me away.

This Button is for my other blog: annaaainafairytaleee.

Go On Grab My Shiny Button, I'll Look Away.